THE MEDIEVAL BELT
which incorporates portions of Etruscan walls. 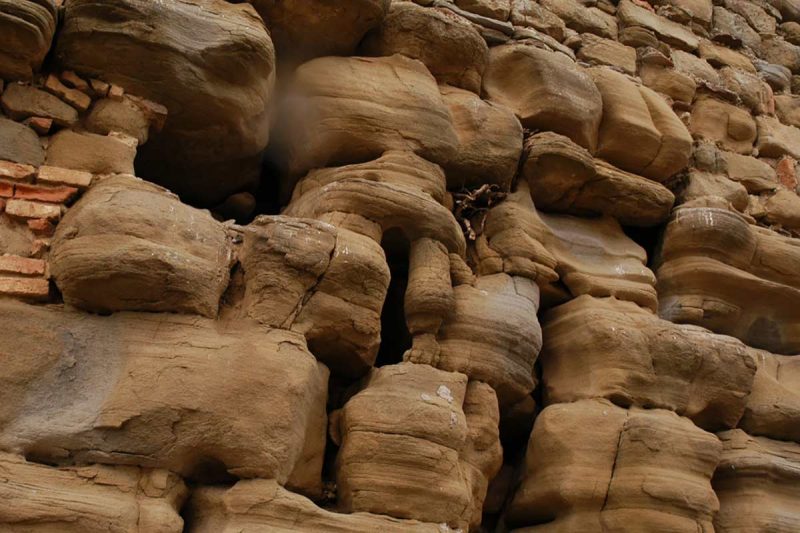 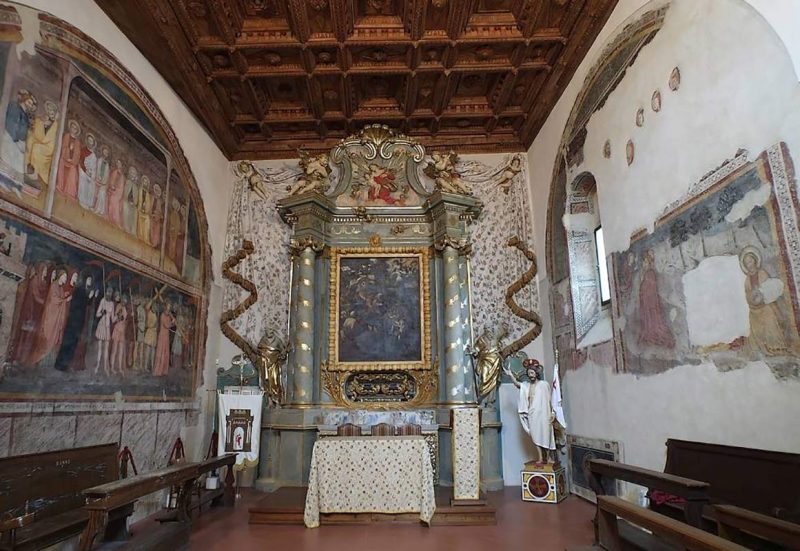 THE ORATORY OF SANT’ANDREA
It overlooks the square in front of the collegiate church of Santa Maria Maggiore, next to our Relais. [continue]

The original building, from the 12th – 13th centuries, was more modest in size and was covered by a cross vault. The square in front of the oratory was once closed by a portico supplied by the Archpriest and during the construction of the church in front of Santa Maria, the courtyard that reached the street was demolished to create a small square between the two churches. A Final Judgment was painted on the external facade of Sant’Andrea, of which a fragment remains in an area under the bell gable that borders the hospital of the Confraternity.

In the lunette is the Washing of the Feet, below the Going to Calvary; the pictorial cycle of late Giotto frescoes, dated 1394, is the work of the artist conventionally called Maestro della Santa Giuliana. Below you can read: IACOBI CUIUS A (n) I (m) A RHQUIESCAT IN PACE ET DEUS PARVAT A (n) I (m) E ILEI ET QUI EXIIT CUppelDA Q (uam) IIUIUS OPUS ERRICET (ur) A ( nno) D (men) MCCCLXXXXIV.

The top lunette represents a domestic interior with five figures preserved in the nimbed heads alone. The first on the left portrayed a man with a beard and long hair, facing three female figures and a beardless male.

The female figure in the front row is dressed in red and is lower than the others; it is likely that it is Mary Magdalene who listens to the words of Christ while kneeling or sitting on the ground.

Consequently, the three figures behind her are likely her brothers Martha and Lazarus and a third pious woman, perhaps the mother of Jesus, Mary.

This is a famous episode from the Gospel of Luke, which tells of the visit made by Jesus to the house of a woman named Martha, and how she reproached her sister Maria because instead of helping her with the housework she had stopped to listen to the words of Jesus. The story below represents the Prayer in the Garden: there appears an angel who hands Jesus a chalice in the presence of the sleeping apostles. Several works from the oratory now enrich the Museum of the City of Bettona.

The archaeological section of the Museum of Bettona begins the exhibition itinerary. Among the most important pieces of the collection is a magnificent marble head of Aphrodite dating back to the middle imperial age. Numerous Etruscan finds are preserved: funerary stones, architectural terracottas and rare examples of tular testify to the origins of the territory. 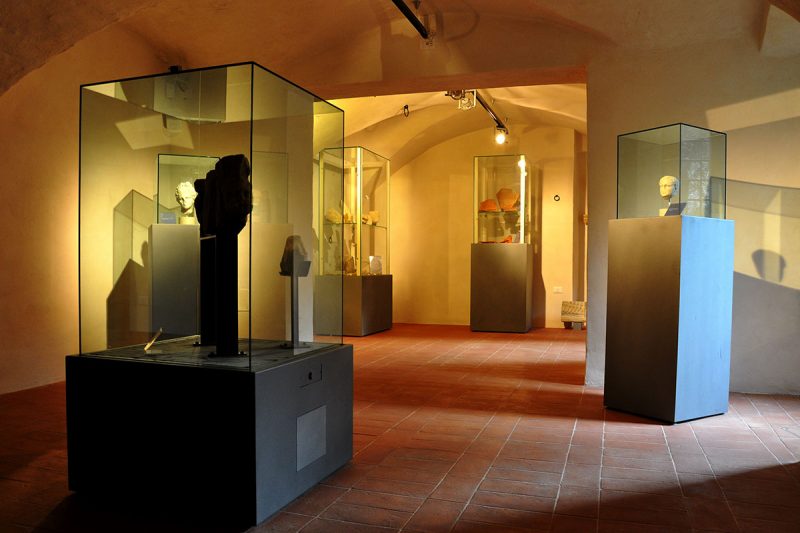 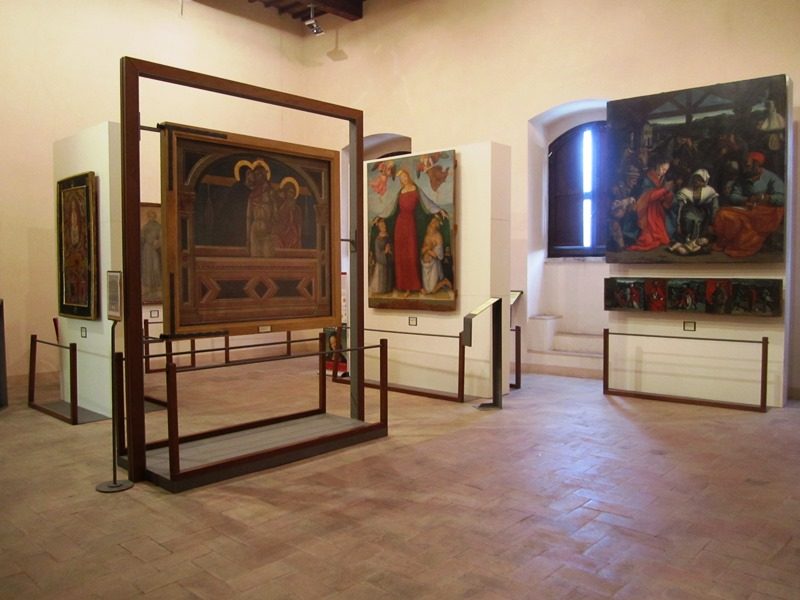 The itinerary continues with the Pinacoteca, housed both in the noble floor of Palazzo Biancalana, which still retains the character of a nineteenth-century private residence, and in the hall of the fourteenth-century Palazzo del Podestà. Among the paintings stand out the Sant’Antonio da Padova, the Madonna della Misericordia by Pietro Vannucci known as Perugino, a splendid Nativity on wood, a masterpiece by Dono Doni and a pair of canvases by Jusepe de Ribera known as Lo Spagnoletto, depicting Saint Peter and Saint Paul .

The collection is completed with heterogeneous artifacts of considerable interest, including scagliola and ceramic materials and interesting examples of sculptural production, such as the polychrome wooden crucifix attributed to Agostino di Duccio and the Saint Anthony in glazed terracotta from the Della Robbia school.